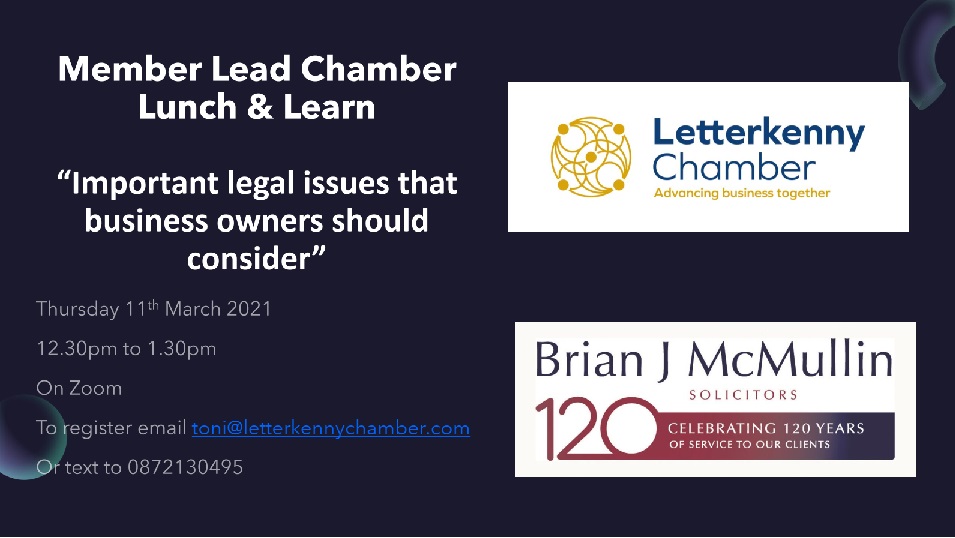 Over the last year people have become very focused on their personal finances and we hear that more people than ever are making wills. However as a business owner or director you need to also make arrangements. This is a really interesting topic and while not on the top of everyone’s list you really need to put arrangements in place that hopefully you won’t need for many years.

He is an experienced and skilled legal advisor and litigator with a proven track record.

Admitted to the Roll of Solicitors in Ireland in 1992. He is admitted in England and Wales and is a qualified Mediator. He is also a former Partner of VP McMullin Solicitors where he worked for over 25 years.

He is also a Member of the Law Society of Ireland working group established to create a new and comprehensive practice management standard for Solicitors in Ireland and was appointed to this position by the President of the Law Society in 2015. As part of this group he has engaged with the National Standards Authority of Ireland and has worked intensively with his colleagues within the group to develop the new standard of excellence for Solicitors in Ireland.

To book your place email: admin@letterkennychamber.com